In his 20s, despite having a passion for sports and wanting to get involved in a career in sport, this didn’t materialise.  Again David cites a lack of confidence, a mind full of negative thoughts and a family background who had not gone through to higher education.  He ended up working in various jobs in the travel industry, always progressing, leading to his final role as a Branch Manager for a large Corporate Travel company which taught David an awful lot about managing people, controlling your own emotions, dealing with difficult situations and pressure.
In 2007 David’s life changed forever, when his wife was diagnosed with cancer.  She later died in 2008 when David was 33 years old.  This made David take a long hard look in the mirror and as a result, after being made redundant from his role as Branch Manager he decided to start over again embarking on a new career.  Naturally, this was a very difficult time, however, David’s determination and own Mental Toughness helped him complete the following qualifications on his journey:

David is a fully approved Chartered Sport and Exercise Psychologist with the BPS and a HCPC Practitioner Psychologist. 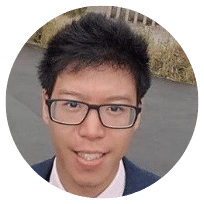 She works in the field of sport and creative performance as well as with people with Mental Health challenges. Sports and creative culture have always been an important part of Alessia’s life. Since she was a child she played volleyball competitively in a team and played the violin and the guitar. She is a member of the Italian Red Cross and Lions Club International and carries out humanitarian work too. 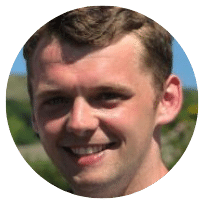 He is an avid cricket player through summer, and a passionate football fan too. As a result, he takes a keen interest in performance within sports, especially within team sports. This has led him to take on an exciting opportunity at Loughbrough University where his is doing a PhD in Elite Performance Psychology.  He enjoys supporting athletes in elite sports environments to enhance their psychological skills to improve their sporting performance and well-being.

Tom is currently providing educational group and and 1-to-1 sessions for academy football players at a high level national league football team.  Helping players to play at their best more consistently, whilst encouraging them to play fearlessly. Olivia has a passion for team sports and loves to work with athletes, coaches and parents to improve performance and increase enjoyment in sport. Olivia has a background in competitive hockey, playing for club, University and North of England hockey when she was younger.

Get in touch with David and the team by clicking on our CONTACT PAGE or using the form below asking any questions that you may have.  We’ll respond to you within 24 hours or less on week days.