Hockey Psychology Tips: 3 Tips to Deal with Bullying in Sport

Pressures in sport can mean bullying, wrongly, becomes part of the game

Competitive sport, such as hockey or netball, are known for encouraging a positive environment, particularly within youth sport, as well as teaching athletes the importance of friendship amongst teammates. However, these competitive sports can also fester negative emotions such as stress and conflict. Subsequently, these emotions can manifest strongly amongst some players resulting in forms of bullying in sport. For example, it has been shown that young girls who engage in sports such as hockey or netball are more competitive and aggressive than those who do not play. When this aggression shifts from within the game towards other players, it can develop as bullying behaviour.

There are many types of bullying which can occur, all of which are not limited to behaviours that occur during training/matches. These range from psychological/emotional bullying to cyber threats. These include:

It is important to note all forms of bullying shown above can be present in sport, however, they are not mutually exclusive and often overlap. This can seem very overwhelming to the individual and often makes them struggle to find a way to deal with each varied threat.

There are many detrimental effects of bullying, but perhaps most prominent is a lack of or reduced self-esteem (confidence). This can impact you or your child massively, both during hockey or outside of the sport (e.g. at school). For example, you may feel like you aren’t good enough for the team, or that you shouldn’t even bother turning up to training anymore. At school, you may feel your confidence struggling in things like exams or schoolwork. Despite this, there are multiple different methods of coping with bullying, and the subsequent lack of self-esteem/confidence that can help.

Mechanisms to deal with bullying and low confidence

As simple as it sounds, telling someone what is going on is a super important step to combating bullying. One person you could talk to is your coach, or you could mention it to your parents. You could even mention it to a friend in practice or school and let them know who is targeting you. By telling someone else what is going on, you are including someone else in the situation and doubling the likelihood of someone being able to intervene.

It has been shown that deciding to ignore and refrain from engaging with bullies often discourages them from further negative behaviours towards you. If you can remove the power the bully receives from getting a reaction from you, the likelihood drops that they will keep showing negative comments and behaviours.

By setting goals and subsequently achieving them, you are actively boosting your confidence and self-esteem! These goals don’t have to be complex and difficult to reach, you could even set one as simple as ‘make two good passes next time I’m in a match’. You might want to write all your goals down and when you achieve them (as I have no doubt you will) you can have the extreme satisfaction of checking them off one by one. This can be very empowering and boost your confidence levels dramatically. In turn, you may find the negative things the bully is saying no longer impact you as much.

It is important to know that no matter what, you are never in this alone. There are many people around you that can help, from confronting the bullies to supporting you when you play. No matter what you do, just remember doing something is always better than doing nothing.

Feel free to sign up to the “The Mental Edge”  if you’d like to improve your mental approach to netball or hockey.

To get in touch for one 2 one Sports Psychology Coaching with a Olivia Scott, Mental Skills Performance Coach and Sports Counsellor , based in North Tyneside, near Newcastle upon Tyne – Telephone, SKYPE or online calls are available. 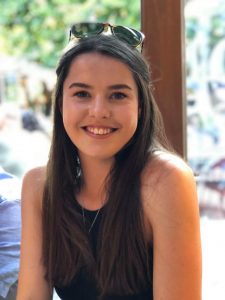 Mental Skills Performance Coach and Sports Counsellor located near Newcastle Upon Tyne, UK.  With a passion for helping hockey players and other athletes achieve their ambitions. 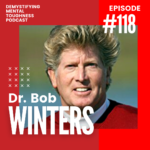 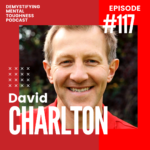 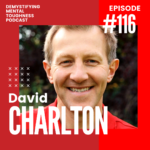