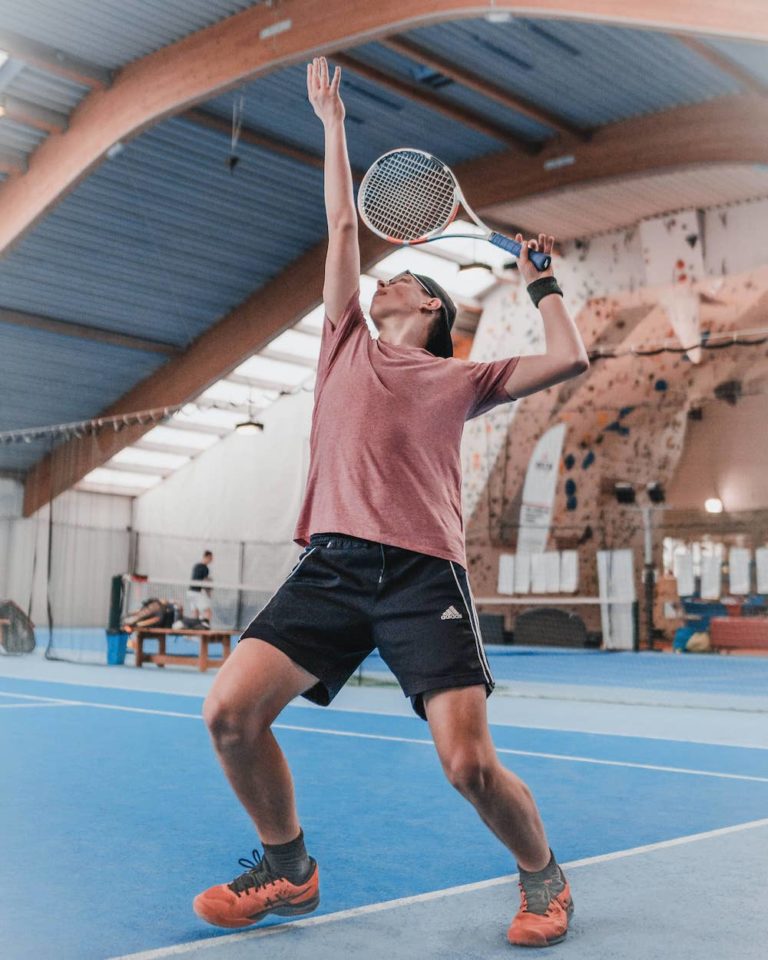 Racquet Sports Psychology Tips: How to Let Go of Mistakes When Playing Tennis

We all make mistakes, even the great players!

Sometimes, when things aren’t going your way on court, it can feel like whatever you do, nothing is going to change. “It’s just not my day today”. “Why is my backhand not working at all”? When thoughts like these creep into your mind, the likelihood is that you will keep dwelling on the bad shots. When this happens, you’re distracting yourself from playing your best game.

Think about the best players in the world, do they make mistakes?

Have you ever seen a player go through an entire match without any unforced errors?

You are not alone in making mistakes, and mistakes shouldn’t define your performances because making mistakes doesn’t mean you can’t be great in other areas of your game.

Take the big 3 of Roger Federer, Rafael Nadal and Novak Djokovic, for example. They have won a combined 46 grand slams. Most people think of them as being 3 of the best players to ever play the game. We don’t tend to remember the times when Federer double faulted on set points, Nadal missing routine smashes on break points, or Djokovic mis-hitting one of his trademark backhands on match points, and I doubt they do either! This is because mistakes themselves are not too significant in the grand scheme of things, it’s the dwelling that hurts you more than the mistakes do, as that is likely to lead to more and more mistakes. It is how they recover from their mistakes, and keeping them to a minimum in the future that set them apart.

Past mistakes are exactly that, the past. However, when you dwell on them, they are no longer in the past, as you are keeping the memory of them alive, in the present moment, following you around just when you don’t want them to.  This also applies when you think about wanting to not do something.

For example, I have worked with players that, after making a mistake, focus on trying to not make that mistake again, saying things like “please don’t double fault this time”, “don’t mess this shot up” during their preparations for said shots. All this does is remind you of the mistake, and also disrupt your normal pre-shot preparation.  This leads to more mistakes, and subsequently frustration or maybe even anger, as what is happening on court is not coherent to your expectations and your aims.

As a pretty talented tennis player myself, I can tell you that having lots of distracting thoughts when you’re setting up for a shot is not ideal, especially when they are mostly automatic during practice (I’ve asked tennis players I have worked with what they think about during the process of setting themselves up for shots during practice, most of the responses were the same- “nothing, apart from the type of shot I am going to play”).

Imagine a circle that represents the amount of mental resources you have available.  If you fill most of the circle with thoughts relating to past mistakes, you are going to have fewer resources to use on what you should be focusing on. Therefore, when you dwell on mistakes, you are taking up valuable resources that can be used elsewhere, like what you can do differently and how you can make up for mistakes in other areas of your game. Here are some tips on how to limit the dwelling and maximise the amount of resources you have available at any given time during matches:

If you have found this blog useful and are interested in learning more about how to improve your tennis feel free to sign up to the “The Mental Edge”.

Or to get in touch for one 2 one Sports Psychology Coaching with our Sports Psychologist and Mental Skills Specialist,  James Lau.  Who is based in the North East of England offering a telephone and online  sessions.