Building Confidence in Your Putting 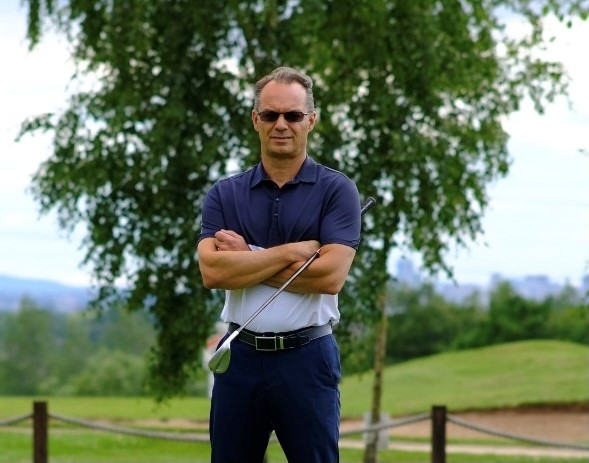 Andy Gorman is a PGA Qualified Golf Professional and is Putting & Short Game Specialist’ for recreational & competitive golfers.  He is dedicated to improving the skills and confidence of every golfer he works with, whether you are a weekend warrior or an elite tour player!

Andy’s reputation has grown, largely due to his coaching methods and ability to average a 3.2 shot improvement with his elite players, and over 4 putts per round with many recreational golfers.

Based in the West Midlands, England – Andy coaches primarily within the UK, Europe, Middle East and America and leads the way with ‘Remote Coaching’ Online.

In addition to this he has delivered over 100+ putting seminars to: Amateur Golfer’s, PGA Professionals and Tour Players, proudly coaching at the annual London & Manchester Golf Shows where his insights into putting were always hugely popular and provided the launch platform for his hugely successful T-Stroke Putting Training System in November 2012. T-Stroke is still used and endorsed by many elite players and coaches around the world – and is still known as one of the best putting training aids on the market today.

If you’re a golfer who wants to play your best golf more often.  You will have to have confidence in your putting stroke under pressure.  Many golfers will admit the sport isn’t a great deal of fun when you stand over putts with fear written all over your face, with your knee’s knocking and your mind and heart racing.  And when it feels like the hole has cling film placed over it, golf becomes a hugely frustrating sport!!

So in this episode, Andy Gorman a leading putting and short game coach shares with you his philosophy and approach to ensuring that you putt without fear and with confidence in your skillset.

Podcasts to Help You

Podcast Ep13: Karl Morris – How to Stay Present like a Major Champion

Blogs to Help You

Do You Obsess Over The Perfect Golf Swing